From the Colorado Springs Gazette:

The Grace Episcopal Church controversy took a bizarre turn Sunday when a man barged into the 9 a.m. service, hurled a cream pie at the Rev. Don Armstrong and dashed out without saying a word.

The pie thrower didn’t get far. Several parishioners chased him for several blocks, apprehended him near Palmer High School, then hauled him back to the church for Colorado Springs police.

...“He aimed right at me and would have hit me squarely, but I ducked into the pulpit and it went right over me and onto the floor,” Armstrong wrote. “This poor guy needs to find a more effective (way) to express himself without all the messy resulting complications”...

Speaking of "messy resulting complications," you may want to refresh your memory regarding the situation of Grace Church and Don Armstrong. Armstrong was the former Executive Director of the Anglican Communion Institute. He was inhibited by his bishop last December. An investigation of alleged financial irregularities at Grace and St. Stephen's Episcopal Church in Colorado Springs is ongoing. Last month, Armstrong and the leadership of Grace and St. Stephens decided to leave TEC and jump to the Church of Nigeria. The jump was made the day before the specific charges in the presentment were revealed.

So, is a pie in the face an appropriate response to the shenanigans of Don Armstrong?

In a column that appeared in Newsweek a couple of years ago, Gersh Kuntzman argues that pie throwing is one of our most celebrated traditions:

...Throwing a pie at someone who deserves it is one of the most celebrated traditions in our so-called culture. History tells us that the ancient Egyptians invented the pie—a mix of honey and nuts in a pastry filling. Still, there is no recorded case of an ancient Egyptian throwing one at another ancient Egyptian (although you’re not going to tell me that Rameses didn’t deserve it!). 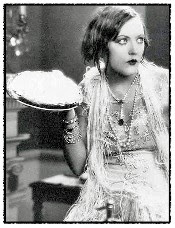 As such, the tradition lay dormant for millennia—until it became institutionalized in the great slapstick films of the silent film era. Mack Sennett may have started it, but the art reached its apotheosis in Laurel & Hardy’s 1927 short film, "Battle of the Century." Four thousand pies were harmed in the making of that movie. Encouraged by Laurel & Hardy’s success, pie-throwing remained a mainstay of slapstick through the Marx Brothers, Three Stooges, Jerry Lewis and Soupy Sales eras, and even survived being overused by TV sit-com legend Garry Marshall. "It’s the essence of slapstick—the guy who needs to have his dignity deflated gets hit with a pie," said Tom Raymond, also known as "Rainbow," a clown from Central Wisconsin ("I’m no expert. I’m just a clown").

Like many forms of artistic expression, it was appropriated for political theater. Levitating the Pentagon is all well and good, but in the 1970s, nothing beat pie-ing a politician...

Of course, that's one perspective. Tim Chambers considers it a hate crime:

...I was in the 4th row on the left side of the center aisle. (At Grace, the pulpit -- where the preacher speaks -- is on the right side of the aisle.) I have never seen such a rude display in church. This act was hateful. It was an invasion of sacred space. We all know Fr. Armstrong has many enemies -- all the right enemies, as far as I'm concerned -- but carrying out such an act during a worship service betrays grave disrespect for our constitutionally protected right to free exercise of religion. This was an act of hatred against both Fr. Armstrong and the entire congregation...

If Tim really feels this criminal needs to be prosecuted to the full extent of the law, I suggest he may want to speak with President Bush, who is intent on vetoing the recently passed Hate Crime Bill.

In a time when people are maimed and murdered by real hate crimes, and our bishops must wear body armor to protect themselves from assassins, I would rejoice to see the weapon of choice for those wishing to express their disdain for another becoming a banana cream pie.

UPDATE: Richard invites us to declare out favorite pie, either for throwing or eating. Go on over and read more about the Anglican Pie controversy.
Posted by Jake at 1:18 PM