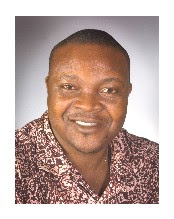 ...Nigerian Anglican Davis Mac-Iyalla, 33, founder of his country's only gay-rights organization, Changing Attitude Nigeria, has embarked on a six-week speaking tour of the United States.

Among his stops will be the Episcopal Church's Executive Council June 11-14 meeting in Parsippany, New Jersey. He will be an invited guest of the Council's National Concerns Committee.

Mac-Iyalla will visit about 20 cities and participate in 52 events before departing July 5 to attend the General Synod of the Church of England. His tour is being sponsored by dailyoffice.org which was founded by Josh Thomas primarily as a means of supplying the Daily Office of prayer to internet users...

On May 20, Davis spoke with the people of Church of the Good Shepherd in Athens, Ohio:

...Mac-Iyalla is the founder of Changing Attitude Nigeria. The 34-year-old man has been plunged right into the middle of a major social conflict that affects both society and church in Nigeria, said a press release. As a result, he has faced anonymous death threats, has been fired from his job as a school principal, suffered ostracism from family and friends, and has been denied communion by his church.

"This is a special opportunity to see firsthand the state of the movement for LGBT liberation in other countries," said the Rev. R. William Carroll, Good Shepherd's rector, in the news release. "Davis' experience reminds us that this is not an absract issue. LGBT folk are flesh and blood human beings, often scapegoated to advance other political agendas, and the issues at hand are really about physical, emotional, and spiritual violence against persons, who can and do speak for themselves."

Here is a portion of Bill Carroll's sermon for 7 Easter:

...As you’ve seen in our newsletter and in other press reports about his visit, Davis is the founder of Changing Attitude Nigeria, an organization working for the equality of lesbian, gay, bisexual, and transgendered people in both Church and society in Nigeria. This morning, he spent some time with our adult education group, and this afternoon at 3:00 he will speak to a community forum right here at Good Shepherd. I suspect he will share from his personal stories of persecution as a gay man, as well as his vibrant Christian faith which has seen him through so many struggles. Davis is a man who’s been fired from his job, cut off from family members, and indeed has had his life threatened.

His crime? Daring to say, “I exist,” at a time when leaders in the Nigerian Church were saying that there are no gay and lesbian people in the Church of Nigeria—not even ONE. Archbishop Akinola has recently supported legislation that would make it a crime to advocate for equality under the law for LGBT people—which would deny freedom of speech, freedom of the press, and freedom of assembly to those who advocate for basic human rights, including the right to exist free from violence and persecution. If this became law, as a priest in Nigeria, I could face years in prison just for hosting Davis today. YOU could face prison time for being here. The right to exist is conferred in creation. It is a gift from God, the Creator. And I am here to tell you that when we threaten this right, God will not permit us to continue. God will not be mocked...

On May 21, Renee heard Davis speak:

...At last night's meeting, Davis Mac-Iyalla described being arrested after one of the early meetings of his organization. He and his fellow members were beaten, and were held for three days without food or water (and without charges), before finally being able to get the bribe money so that his jailers would release him. And not long after that experience, he led the first national meeting of CAN, which was attended by over 1000 GLBT Anglican Nigerians...

Some of you may recall our commentary on that particularly ugly incident.

On Tuesday, June 19, at 6:15 pm, Davis will join Bishop Gene Robinson at Holy Apostles in New York. This gathering is being jointly sponsored by Holy Apostles and Wake Up! I plan on being at this one.

To support Davis Mac-Iyalla's Speaking Tour, visit Josh's Daily Office and scroll past the first set of pictures to the donation link. Then take a look at the first pic. You'll see Josh Thomas and Bill Carroll with Davis.

A schedule of Davis' tour can be found here.